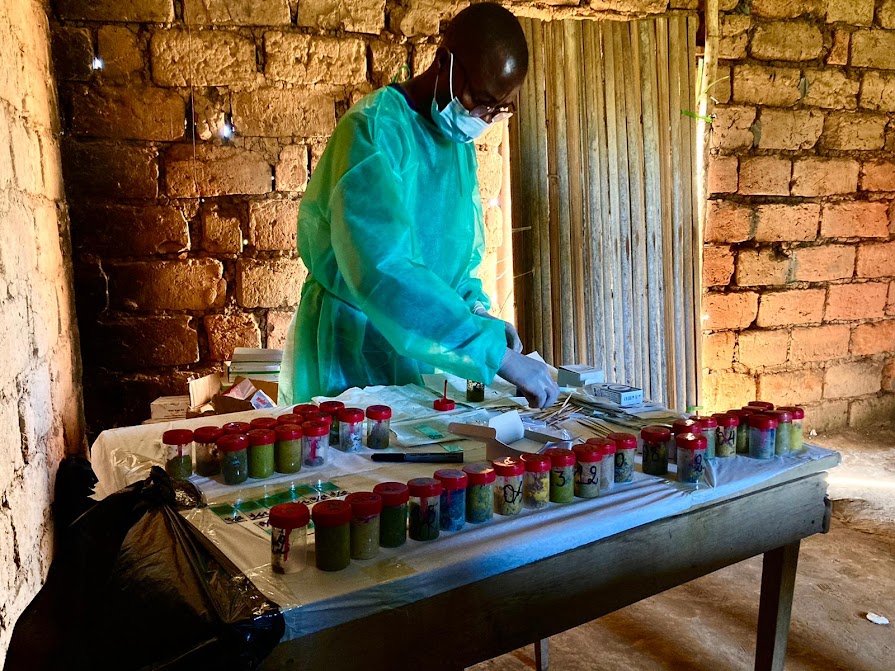 The first paper, published in Infectious Diseases of Poverty, outlines the initial mapping of these diseases in 2014. This mapping took place across three provinces and formed the baseline for the programme MENTOR subsequently implemented in Angola.

The MENTOR Initiative team, together with National NTD programme, local provincial programmes and funding from The END Fund, carried out the work.

Results outlined the high prevalence, though focal, of Schistosomiasis in several districts of Uige and Huambo. A high prevalence of STH was found across the three mapped provinces highlighting the need to scale up Mass Drug Administration campaigns in endemic areas; together with sustained Water, Sanitation and Hygiene (WASH) and Information Education and Communication (IEC) activities.

The paper was written in collaboration with University of New South Wales who provided technical support for data analysis and report writing.

The second paper, published in PLOS Neglected Tropical Diseases, outlines mapping conducted in 2018/2019 across 15 provinces of Angola. This exercise, led by Angola NTD programme, and supported by the Expanded Special Project for Elimination of Neglected Tropical Diseases (ESPEN) has been key to the scale up of Mass Drug Administration campaigns in Angola. Campaigns have gradually increased from the initial three provinces in 2014 to nine provinces in 2022. MENTOR and The END Fund provided technical and logistical support to the mapping.

Dr Elsa Palma Mendes, NTD Mapping and MDA Coordinator with MoH Angola, said: “This publication shows a great effort from the NTD Programme in Angola alongside its partners, to update the epidemiological profile of Schistosomiasis and Soil Transmitted Helminthiasis.

“The results from this mapping will enable the implementation of strategies to control these diseases so that they are no longer a public health problem in Angola. Results and strategies are in line with key actions and milestones defined by WHO in its 2021-2030 roadmap.”

(Too late for the slide bc I was taking notes) amazing necessary work done by #NGOs and special attention to our friends from @MENTOR_Hq, thank you for the amazing work

The second phase to ensure access to disease prevention and health services to communities affected by conflict in Cabo Delgado province #Mozambique is underway 👉 http://bit.ly/3cdVv3y
@USAIDSavesLives

📢 We are recruiting a programme manager to lead on the effective delivery of our programmes to control vector borne disease in #Africa. Also seek a trainee programme manager - both roles based at our HQ in the UK http://bit.ly/3PmmV5A #Job #NGO